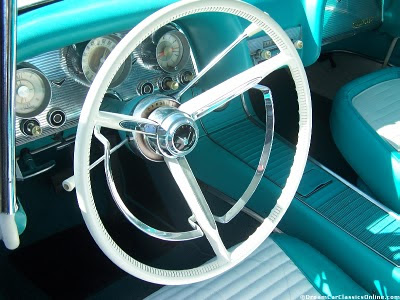 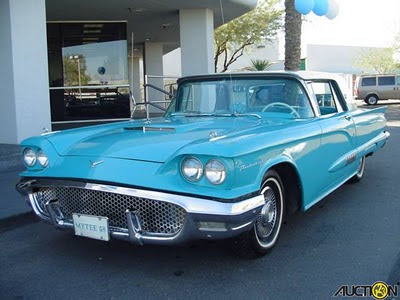 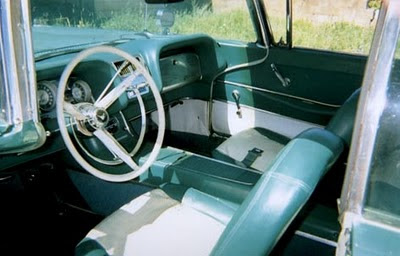 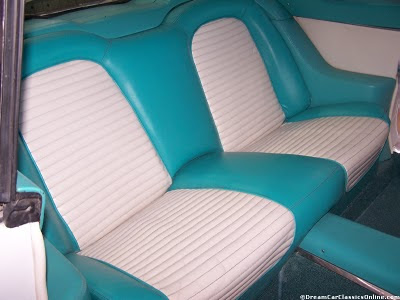 I wish mine was in as good condition as the one above, but it wasn't far off, at least not cosmetically.  Mine had the 352-4bbl Cruise-O-Matic which ran well.  The brakes were shot as was the dual exhaust, the body was full of lead or bondo, and the rear differential housing cracked in half on me when I went over some railroad tracks one day.  It was tons of fun to drive and got lots of looks and compliments.  I especially loved the color.  It was so bright that it seemed to glow in the dark.  In fact, one day it broke down on me in a parking lot, and I had to leave it for a couple of days.  I checked on it a couple of times a day, however, by driving past a nearby intersection and looking for a bright turquoise dot in the parking lot.  It's one in a long list of cars that I wished I could have kept.


The pictures below are of my actual car. 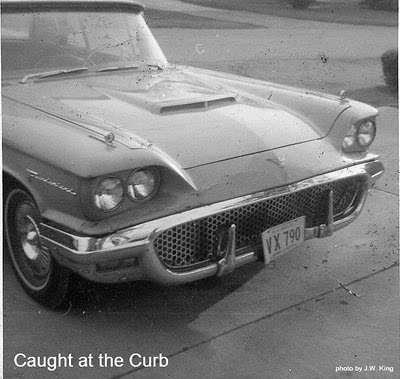 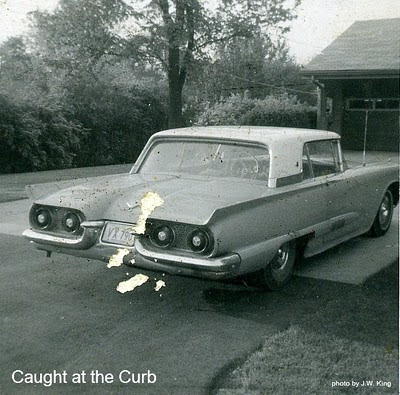