Henry Ford was many things, but above all he was the ultimate control freak.  He controlled his cars, he controlled his workers including their off-hours private time.  He also wanted to control the content of his automobiles to the point where he built factories to produce everything that his cars needed.  Stuff that normally would be bought from an outside source.  Things like cardboard, paper, tires, steel, etc., he would make himself. 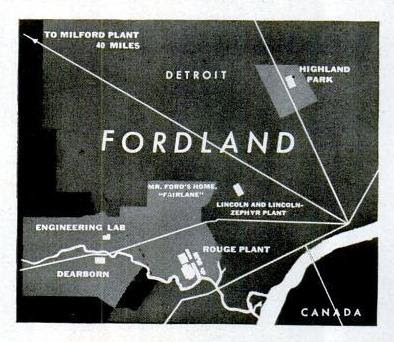 This is an article from Life Magazine, May 30, 1938 which shows some of his new factories, but also mentions his vision for the future of manufacturing in the US.